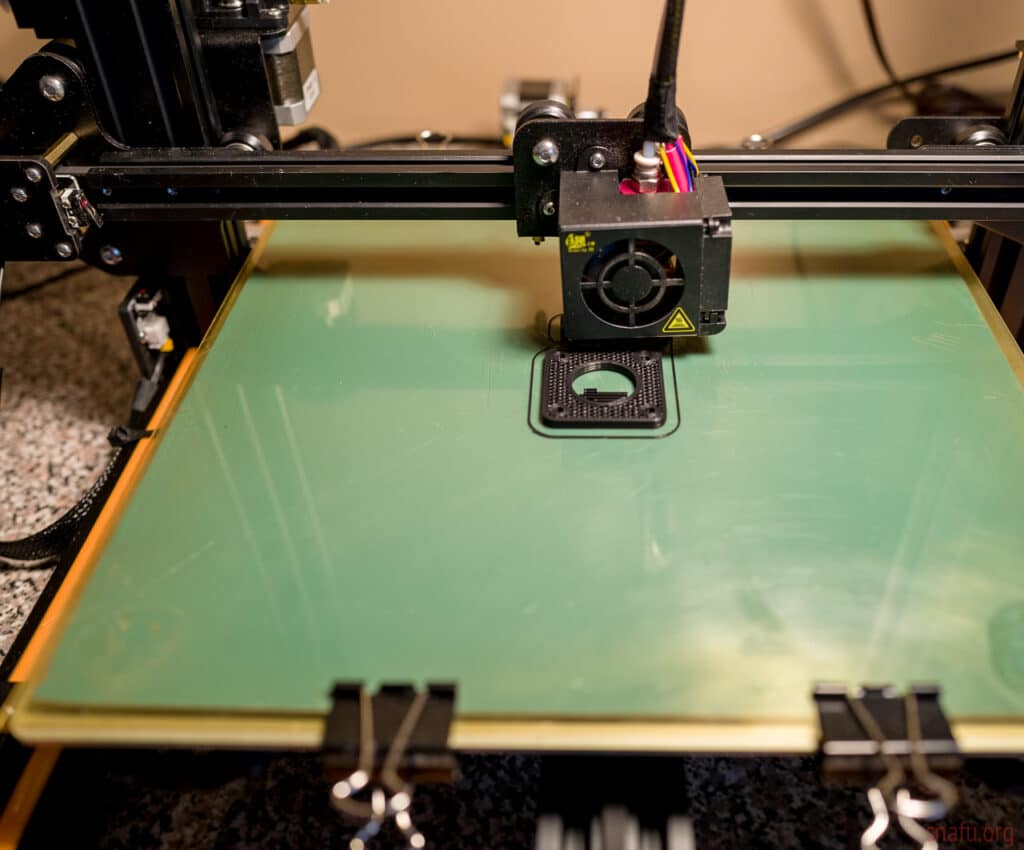 Long controversies have raged on the correct extrusion device. Most likely. Dive into the debate: Direct drive vs Bowden extruder configurations!

Direct drive or Bowden extruder setups are used in fused-deposition modeling (FDM) 3D printers. Although the basic idea remains the same – an extruder is used to drive filament through a heated nozzle – the difference is in the extruder’s position.

Both setups produce the same result, but the different designs have side effects. Let’s look at the advantages and disadvantages of these two choices!

The extruder drives the filament directly through the nozzle in a direct drive setup. This approach is useful for several purposes but has some disadvantages. Let’s take a closer look.

Due to the short distance between the extruder and the nozzle, less torque is needed from the motor to push the filament.

A direct drive extruder is usually more compatible with a wider variety of filaments, but this is no longer as significant as it was in the early RepRap days. This is particularly true for materials that are flexible and abrasive.

Vibrations: The weight of the extruder attached to the printhead is noticeable. This additional weight adds speed restrictions, resulting in more wobble and probably losing X and Y movement precision.

Maintenance is problematic in some direct drive setups because the extruder is attached to the printhead. It is more difficult to reach those sections for maintenance.

Unlike a direct drive setup, the extruder is mounted on the printer’s base in a Bowden configuration. It pushes and pulls filament into the hot end through a long PTFE tube called a Bowden tube. Naturally, there are advantages and disadvantages to this scheme.

Smoother movements: Since the extruder is mounted on the printer’s frame rather than the print head in a Bowden setup, the carriage carries much less weight. Faster, louder, and higher-quality prints result from less weight.

Larger build volume: While this isn’t always the case (depending on the printer), a Bowden configuration will allow for a smaller printhead carriage, allowing for more build volume.

Friction in the Bowden tube creates a longer delay between the extruder and the nozzle, resulting in a slower response time. To deposit properly and prevent stringing, these extruders need faster acceleration in extrusion and retraction.
Material issues: Some flexible and abrasive filaments, particularly in older printer models, can easily attach or wear in Bowden tubes.

Extruder with a more powerful motor: Since the extruder must push and pull filament through a long tube, there is some friction between the two. More torque is needed to control the filament effectively due to friction

So, which device is the superior one? It is debatable. Before deciding which extrusion option to use for your printer, you should consider a few things.

The first is the frame’s sturdiness. Delta printers do not support the direct drive, for example. Printing with a direct drive extruder should be no problem if your Cartesian or CoreXY printer has a solid frame.

The time it takes to complete a mission is also a determining factor. A Bowden extruder setup would be more satisfactory if your goal is quick, precise printing with standard materials.

Finally, think about the products you want to use to print with. A direct drive system is best if you deal with flexible or abrasive filaments.

Good luck in your quest for the ideal extruder!