What Is a 3D Slicer and How Does It Work? 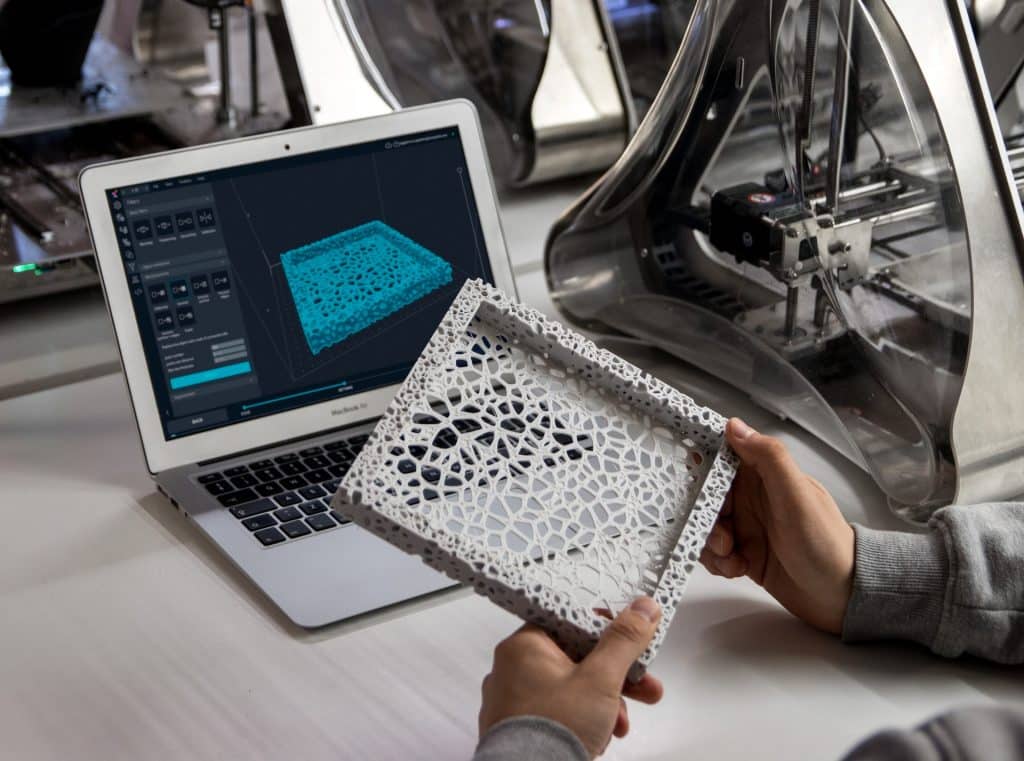 3D slicers describe the structure of a model and tell the 3D printer how to produce it. Learn everything there is to know about this 3D printing software.

A slicer is a program that turns digital 3D models into printing instructions for a particular 3D printer. The instructions also provide user-entered 3D printing parameters such as layer height, speed, support structure settings, and the model itself.

Every 3D printing method works by layering material to make 3D objects. Slicer software is so named because it effectively “slices” 3D models into several horizontal 2D layers that will be printed one at a time later.

In this article, we’ll go through the role of slicers in 3D printing, how 3D slicing works for FDM and SLA, and how slicing works in other 3D printing technologies. Let’s get this party started! 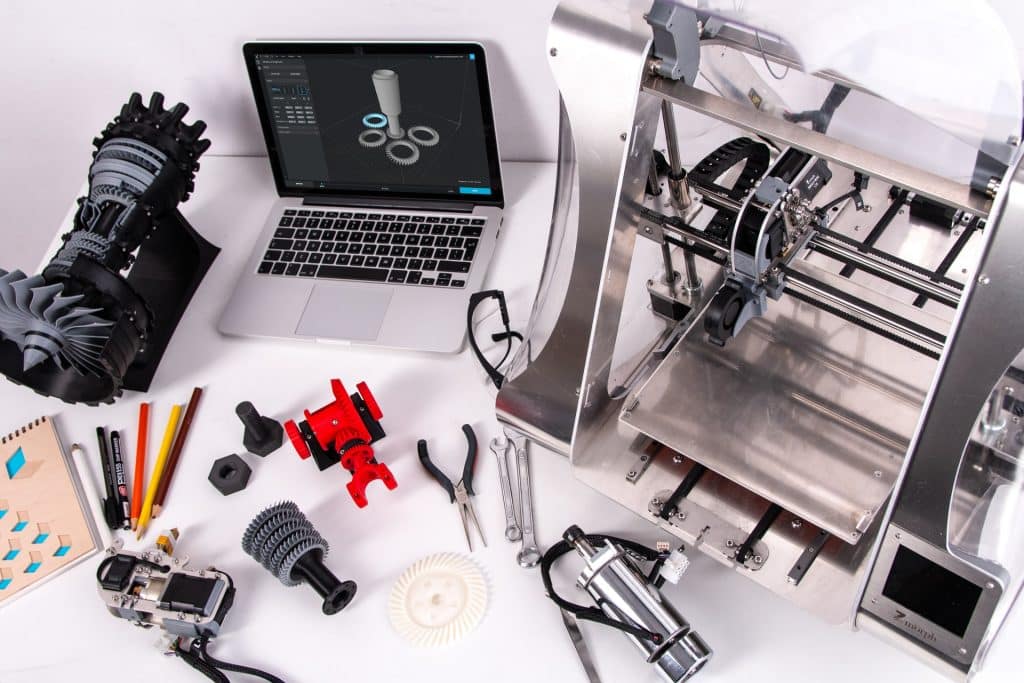 What is Computer-Aided Manufacturing (CAM)?

The use of computer software to aid, facilitate, or automate manufacturing processes is known as computer-assisted manufacturing (CAM). CAM (computer-aided manufacturing) is useful in understanding what a slicer accomplishes, even though it isn’t commonly connected with slicer software. In practice, it links digital 3D models (created with CAD) and manufacturing systems, converting drawings into machine-readable instructions.

Command lines, also known as computer numerical control, convey these instructions (CNC). As the name implies, input commands govern all parts of the machine, including movement speeds, temperatures, and cooling. While there are various ways to “speak” to these machines, the most common is G-code, which is utilized in multiple production systems.

While 3D slicers aren’t technically CAM software, they play a similar role in the 3D printing process because they generate digital files with explicit instructions for the printer to follow. They can even generate G-code commands in most circumstances, as we’ll discover later.

For anyone who has printed a 3D object, 3D slicing techniques may appear simple. But what goes on behind the attractive user interface? Let’s look at what we’ll need to make the slicer experience a success.

The slicer requires two main inputs to successfully prepare a model for 3D printing: the 3D model itself and a set of printing parameters that inform the machine on how to execute the actual printing.

A wide range of CAD software, from the open-source and aesthetic Blender to the professional and highly technical SolidWorks, can be used to produce digital 3D models. The issue is that each CAD program has its own file format, such as “Blend” (.blend) for Blender and “part” and “assembly” (.sldprt and.sldasm) for SolidWorks.

To handle all of these varied formats, 3D slicers would need a massive support base, and even then, they wouldn’t be able to cover all of the modeling tools out there. As a result, a standardized file format is employed, with STL (.stl) being the most common connected with 3D printing and exported by most 3D modeling software packages.

The next stage is printing details, such as layer height, speed, part location, and other manufacturing-related settings after you have a 3D model in a format that a slicer can comprehend. Before printing, specific user-entered values are defined.

The 3D model can also be somewhat adjusted: overall dimensions can be changed using scaling features, and components can be hollowed, filled using infill patterns, and given wall-thickness values. This stage also includes enabling support structures, one of a 3D slicer’s most useful features. 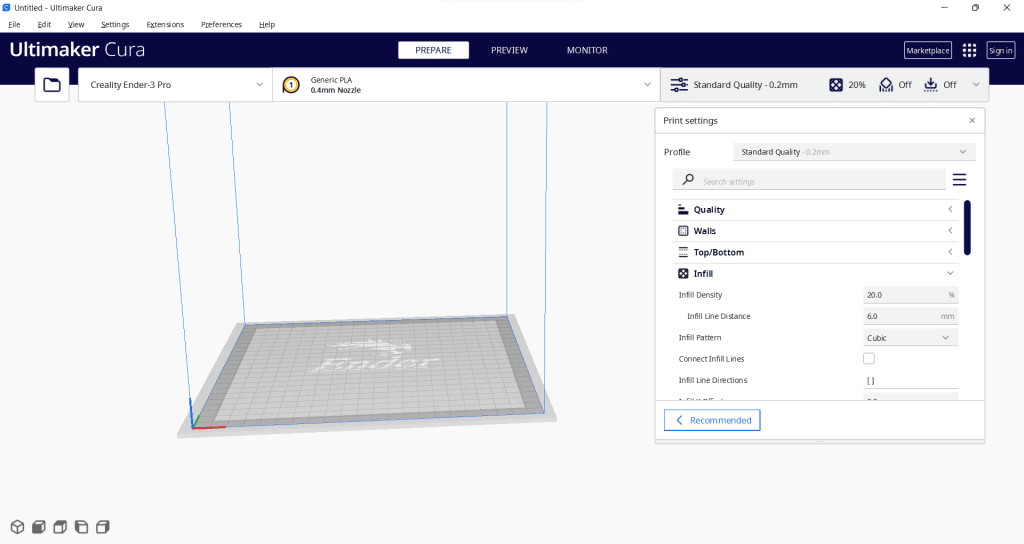 Fused deposition modeling (FDM) is a material extrusion process in which a print head travels in two directions (X- and Y-axes), melting and pushing plastic filament through the nozzle to generate a 2D layer. This technique is done until the 3D item is complete, layer by layer.

To construct a 3D item, FDM printers rely substantially on movement, and excellent multi-axis control is essential for an exact print. The slicer will evaluate these inputs and generate a G-code file, which will then be uploaded to the 3D printer once the 3D model and print settings have been configured.

The final stage is handled by the internal algorithms of each 3D slicer, implying that it is not user-dependent and that each slicer will take it differently. Any variations across slicers may go unnoticed for simple models, but they will be evident for more complicated ones. Likely, some slicers work better with some 3D printers than others, but there’s no way to tell which one will work best for you.

There are numerous 3D slicers for FDM, some of which are free. Simplify3D is the premium (and expensive) option, while Cura is arguably the most popular within the open-source.