3D Printer Calibration? It’s Easy If You Do It Smart 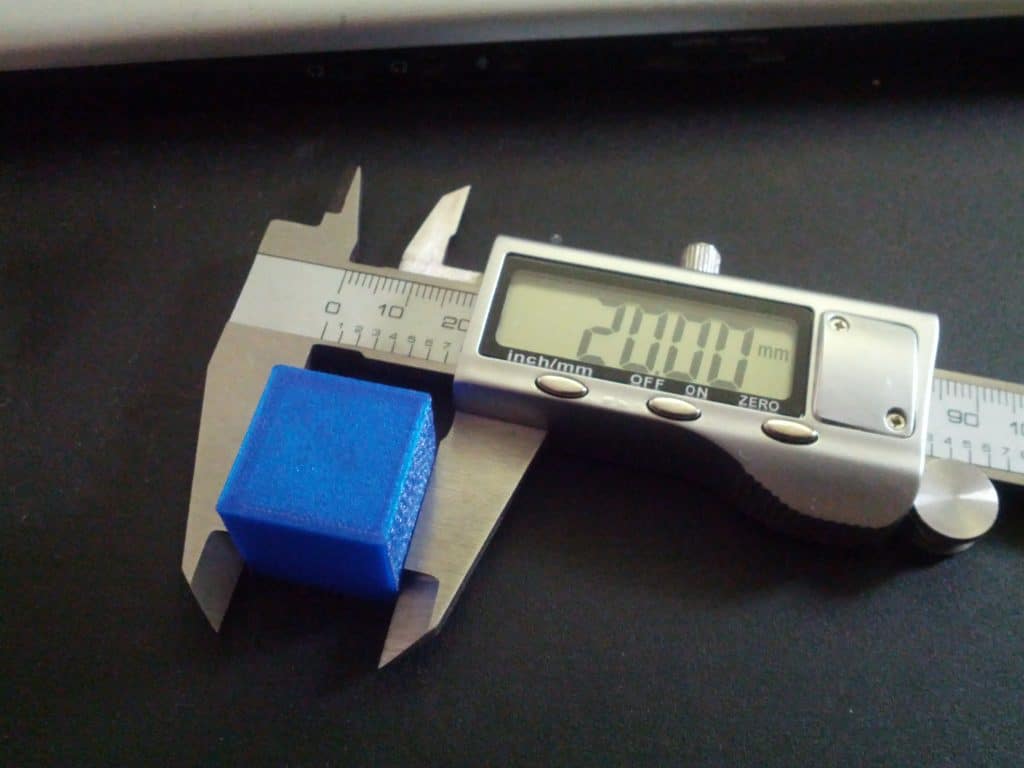 Learn how to manually calibrate a 3D printer and fine-tune your slicer settings by following our 3D printer calibration guide.

A perfect first layer is essential for a good final print. If you position your nozzle too close to the bed, your first layer will be squished and probably ruined, forcing you to cancel your print. Besides that, if your nozzle is too far from the building plate, your print will be unable to stick to it and fail.

How to Level Your 3D Printing Bed Perfectly

3D Printing Not Sticking to Bed

Stepper motors are used in 3D printers to shift axes or the extruder a certain distance by rotating in small steps. If one rotation consists of 100 steps, the motor must rotate 50 steps to complete half a cycle. Calibration of stepper motors in a 3D printer entails deciding the relationships between steps and time.

Before calibrating the extruder, ensure that your 3D printer extrudes the correct material. You’ll need to send a few G-code commands to your printer to accomplish this. To begin, send the command M503 to your printer to retrieve all its settings.

To calibrate the extruder, you must ensure that your 3D printer extrudes the correct volume. You will need to send a few G-code commands to your printer to accomplish this. First, give the command M503 to your printer to retrieve all its settings.

Steps per unit: M92 X100.00 Y100.00 Z400.00 E140.00 should be part of the output. The first three numbers represent the steps required by stepper motors to travel one millimeter in the X, Y, and Z directions. Keep these numbers in mind. We don’t need them now, but they’ll come in handy later. The last value, which is the number of steps the extruder motor takes per millimeter of extruded filament, is what we’re interested in right now. We call this number A.

D = 10*A / (B – C) is the value to calculate. This value is the extruder’s latest number of measures per millimeter. It may be beneficial to repeat the process of measuring D many times and then take the average for the best results.

You must inform the printer of the new value to perform the calibration. Give the order M92 E[D] to the printer to accomplish this. Send the command M500 to do so. This command tells the printer the new value but does not save it. Now the extruder is calibrated correctly.

Do not expect flawless results when calibrating the axes in this case or later. After you check that your calibration is correct, there will always be some variance, but as long as you are “pretty similar” (within a few percent) to the desired value, the printer must be well-calibrated.

It’s also crucial to calibrate the printer’s axes after calibrating the extruder. Calibration of the axes is identical to the calibration of the extruder, but it allows you to print something. You may, for example, print a small cube. Build one in your preferred CAD program or your slicer software, or look at the templates in the article below.

Measure each dimension after the cube has finished printing. Replace (B – C) with your measurement, 10 with the target value of that measurement, and A with the M92 value for that axis in the same way you did with the extruder. Then, replace E with the letter referring to the axis you need to set, then send the necessary M92 commands to the printer.

Recommended reading:  Fusion 360 vs Blender: Which is Best for 3D Modelling Newbies?

Calculate the cube in various places (along the same axis). It is beneficial to take several measurements and average them with the extruder. However, you do not need to print several objects in this case.

3D Benchy: 3D Print Failures And How To Fix

Every roll of filament is different. Different manufacturers’ plastics, and even different shades of the same substance, have other properties. You’ll need to fine-tune your filament settings to get the best prints possible. Using the settings suggested by the filament manufacturer is usually enough to produce good 3D prints. However, repeat these steps each time you open a new roll of filament for better performance.

To determine the actual diameter of the filament, use calipers. The diameter of a roll of filament often varies by a few percent from the diameter reported by the manufacturer. The diameter tolerance is generally printed on the spool.

Take the average of your measurements after measuring your filament in a few (at least three) positions along with the spool. In your slicer, enter this result as the filament diameter. This number is crucial since it ensures that your printer can extrude the correct amount of filament.

How to Calibrate Your 3D Printer – 3D Printer Calibration
Several choices are available on the internet, but the basic concept is the same. Printing a “temperature tower” will help you find the correct temperature to 3d print. They are divided into blocks of varying heights, with each block to be printed at a different temperature. After printing, you will decide the best temperature to 3D print your content by analyzing the blocks.

On the other hand, If your slicer does not support printing at various temperatures and heights. Printing a temperature tower can require some effort. You will need to edit your G-code before printing manually. You must insert G-code commands to set the extruder temperature. M104 is the starting point for such commands.

Measure the height of each block first. Call this number H so that the various blocks begin at height 0, H, 2H, 3H, and so on. Then, in your preferred editor, open your G-code file. Look for commands beginning with G1 that instruct your printer on traveling. There will be a plethora of these in your G-code format. Find the first G-code command with G1 Z[H]. (It may also include X and Y movements.) Insert the line M104 S[T] before this one, where T is the block’s temperature starting at height H.

Repeat this modification with the required temperature for each block, then print the modified G-code file.

Or use Cura and calibration script to prepare a quick temperature tower. Check the Slice Print Roleplay video below.

Examining the different blocks after you’ve printed a temperature tower will allow you to decide the best temperature to 3D print your content. Choose the temperature that appears to be the most appealing. Set this as your printing temperature, and you’re all set!

We’ve covered the most critical methods for calibrating your 3D printer’s settings as well as several slicer settings for your filament. However, there are many other settings that you may tweak to better your prints. People sometimes use “torture tests” to know if their printer is good or bad. Printing and perfecting such 3D prints will aid in the resolution of such problems as bridges and overhangs. They are also helpful in diagnosing a wide range of issues.

Although 3DBenchy (also known as “Benchy”) is the most common torture test, you can find plenty of others by searching for torture tests on your favorite STL site. We won’t go into depth because each torture test is unique, but most come with guidelines on diagnosing problems and failure points.

Let us know in the comments below or on our Facebook page to let us know your ideas and will appreciate seeing pictures of your works of art! Remember to sign up for our free weekly newsletter to receive all the most recent 3D printing info in your email!