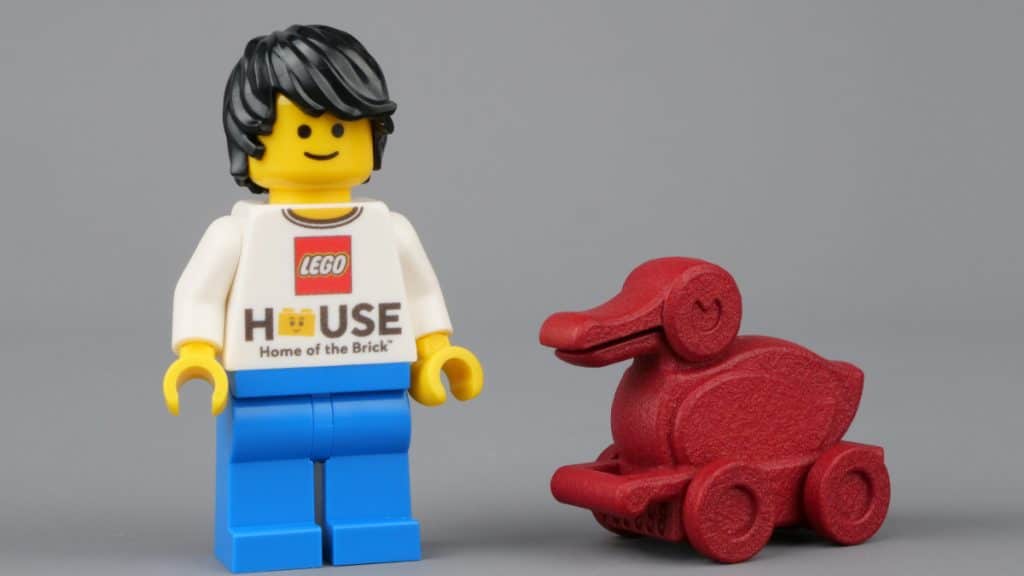 Most likely, you’ve heard of LEGO. These iconic toys are available in a variety of colors, shapes, and themes and can be found all over the world! The legendary toy has shaped entire generations and is still just as relevant today, whether it’s building rocket ships, houses, or cars. The second part was officially created by LEGO using 3D printing at a recent LEGO House event targeted specifically at adult LEGO fans. This 3D printed object replicates the 40501 The Wooden Duck from 2020, a highly prized collectible.

According to a Brickfanatics.com article, the iconic wooden duck was reimagined in contemporary bricks for the 2020s 40501 The Wooden Duck, which is only available at the LEGO House in Billund, Denmark. The toy is a piece of LEGO history. The magic of that 621-piece set is revealed when you lift it off the display stand and set it down on a flat surface. Pulling the string causes the wheels to turn and the beak to snap, just like the wooden duck from 1935.

But as a natural progression of “toy technology,” 40501 The Wooden Duck achieves its internal mechanism using a combination of LEGO Technic pieces as opposed to the rigid wire used in the original toy. The little 3D printed LEGO duck distributed to LEGO House guests is the natural next step in evolution. It performs all the same functions as its larger siblings on a much (much) smaller, fully integrated scale as a single piece 3D printed by polymer powder bed fusion.

The tiny red duck, smaller than a LEGO mini figure, demonstrates the capabilities of PBF technology by turning wheels and snapping its beak when pushed along. The duck is the “first ever official 3D printed LEGO element,” according to one Instagram user who obtained one. Still, it’s unclear whether it will be available after yesterday’s LEGO House AFOL Day. It will most likely only be available to attendees.

The original LEGO piece, The Wooden Duck, is a wooden duck figure that has 621 parts in total, as the name probably already suggests. It can be moved using the wheels attached to the bottom and the attached cord, measuring approximately 28.5 cm x 26 cm x 7.5 cm. The 3D printed LEGO duck’s beak can open and close when the string is pulled, just like the wooden duck from 1935 could. Each guest at the LEGO House event received a 3D printed LEGO duck to demonstrate how classic children’s toys and cutting-edge innovations like 3D printing coexist. Pleased with the creative outcome, Ronen Hadar, Senior Director of Additive Design and Manufacturing at LEGO, said:

The duck was made using powder and additive manufacturing

The wooden duck typically uses a wire to operate its mechanism, but for its 2020 release, it was swapped out for a combination of LEGO Technic pieces. However, the small 3D printed LEGO duck also uses these mechanisms’ features, albeit on a much smaller scale. The small duck was created using powder bed fusion, which allowed for the creation of the toy in one piece. This is the second part, as the first official 3D printed LEGO part, an arm of a drawing machine inside a LEGO part, was released in 2019. This illustration depicts the opening ceremony of the System House, an office building constructed in Billund in 1959.

Recommended reading:  Is 3D Printing in Blender As Fantastic As It Appears?

The Danish company’s decision to use additive manufacturing is specifically related to the manufacturing process because the number of ducks was so small. Although the surface quality is less than with injection molding, 3D printing also made it possible to keep the functional capabilities. The 3D printed LEGO duck may not be a mass-produced item; it may instead be merely a temporary component.

What do you think about the 3D printed LEGO duck?

Better 3D Printed Vegan Seafood is the Result of a Collaboration 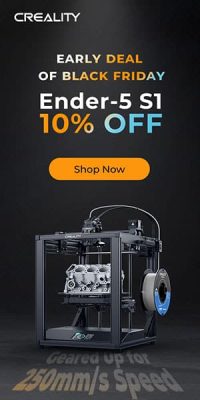